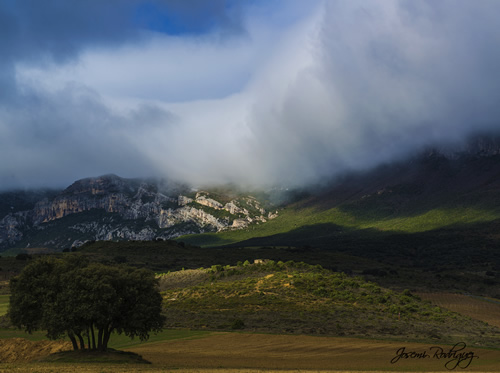 The mountains of Cantabria make a natural barrier that stops the influence that the Cantabrian sea exerts on the Basque provinces, and it protects the area from the cold wet winds coming from the north and northwest. This wind is called “cierzo” and when it gets to the mountains it wraps them up in clouds and fog, called “capa de cierzo” (coat of “cierzo” ) by the villagers.

Thus, Laguardia enjoys a climate which is completely different from the rest of Alava and, of course, from the rest of the areas in the Basque Country. This climate may be defined as transitional towards the one in the Plains of Castile.

Laguardia undergoes very high thermal variations due to the height of its location and to the proximity of the mountains. Very cold winters are typical here, with temperatures that sometimes aucasinosonline.com drop below 10º C below cero; on the contrary its summers are hot, with temperatures reaching 30º C. (or higher). Its autumns and springs are mild and nice.

The average rainfall is between 450 y 600 mm, so it is considered to be a part of the so-called dry-warm sector.