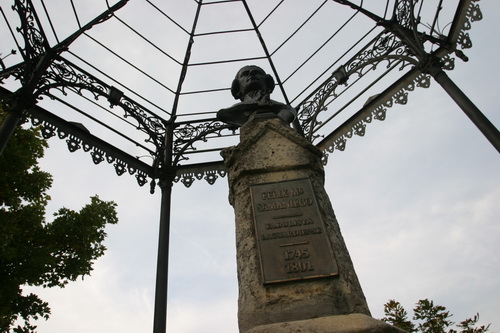 In the 18th century the society undergoes deep changes. It is worth mentioning the figure of Felix Mª de Samaniego, born in Laguardia in 1745.

He was a nephew of the Count of Peñaflorida”s and a member of the “Real Sociedad Bascongada de los Amigos del País” (Royal Basque Society of Friends for the Country). He was a man of his time and a great exponent of the Illustration ideas. He became very popular thanks to his literary works; his best-known works are his Fables.