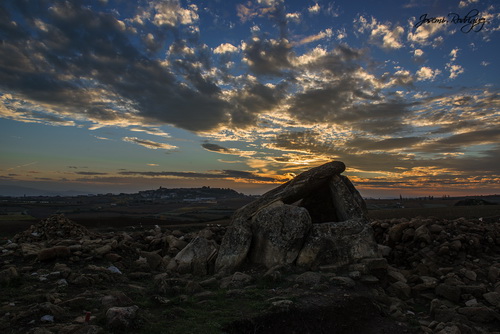 We go a very long way back in time and we get to Neolithic times. This Age meant a revolution in the type of life that had been led so far. Hunting and collecting fruits gave way to agriculture and animal raising. This brought relative sedentariness. Having food surplus implied storing, transport and trade.

Dolmens and burial monuments appeared in this time of history and they make clear that small farming communities dwelt in the area from the years 3,000 to 1,000 B.C.

The first documentary evidence of the introduction of agriculture in the Basque Country is found near Laguardia: 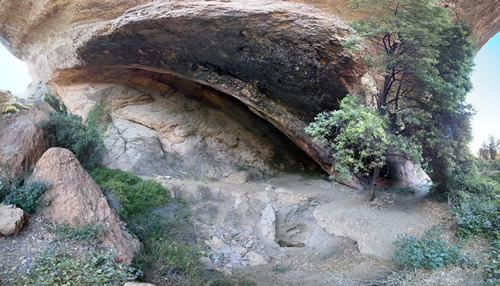 It dates approximately from the year 3,000 B. C. This cave was used until the Roman Conquest. The findings inside the cave show evidence of animals like the ox, the pig, the sheep... , together with remains that reveal an intense pre-agricultural activity and the use of pottery objects

From the end of the Neolithic to the full Bronze Age (1,000 B.C) some megalithic funerary monuments appear, with collective burial constructions called dolmens, typical in those times.

In the region of the Rioja Alavesa we find one of the most spectacular groups of dolmens in the Basque Country. All of them are located on a strip of land at the foot of the Cantabrian Mountains and are of the “corridor” type, considered the most ancient ones. By and large they consist of an enclosure made up of some vertical blocks of stone topped by another block (or several blocks) covering them horizontally; and all is surrounded with a burial mound made of gravel and sand. 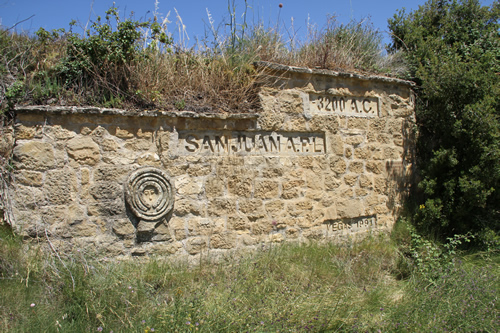 A very interesting archaeological deposit was found, by chance, in Laguardia in 1985:

It is a simultaneous, collective burial, of small size. It is located on a natural shelter two miles away from the southwest of Laguardia.

The burial, of at least 289 people, may have taken place between the years 3,035 to 3,365 B.C., during a cultural period at the End of the Neolithic Age. This burial is thought to have been the result of a violent clash among different groups. It is a collective burial and it is coincidental in time with the dolmens but it is different in many ways.